The machinery directive, or MD (Machinery Directive), is a set of rules aimed at manufacturers of machines and partly completed machinery marketed and used in the European Union.

With this directive, the EU establishes the Essential Safety Requirements (RES) in order to:

Directive 2006/42/EC (also known as “New Machinery Directive” as it replaces the previous 98/37/EC) was implemented in Italy by the Legislative Decree of January 27, 2010 and entered into force throughout Europe starting from December 29, 2009.

Which products are affected by the EU directive 42/2006? 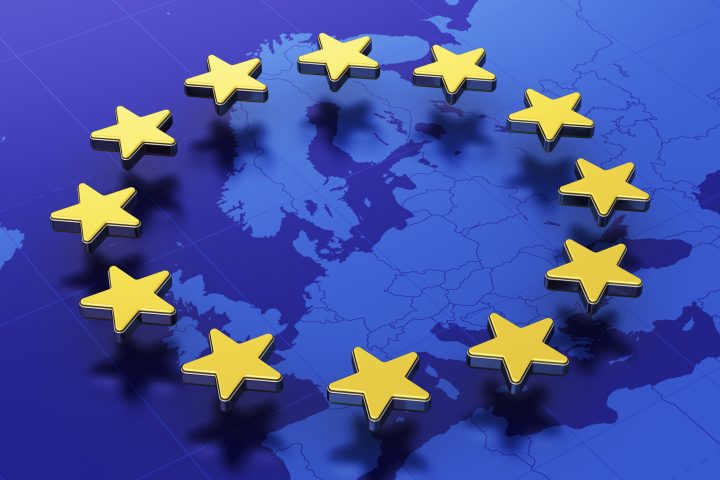 As it can be seen from the name, and as we have anticipated in the previous paragraph, the machinery directive has as its object machines and partly completed-machines. But in detail what is the field of application?

To answer this question we refer directly to the text of Directive 2006/42/EC where the products affected by the legislation are specified and defined:

Detailed definitions of the products covered by the machinery directive

Definition of machine according to directive 2006/42/EC

In the aforementioned regulation the machine is defined as “an assembly, fitted with or intended to be fitted with a drive system other than directly applied human or animal effort, consisting of linked parts or components, at least one of which moves, and which are joined together for a specific application”.

In Article 2, letter a of the directive, further specifications are set out on this point. For more information, find here the complete text of DIRECTIVE 2006/42/CE OF THE EUROPEAN PARLIAMENT AND OF THE COUNCIL.

Definition of partly completed machinery according to directive 2006/42/EC

Definition of interchangeable equipment according to directive 2006/42/EC

Their definition in the norm is: “a device which, after the putting into service of machinery, is assembled with that machinery by the operator himself in order to change its function or attribute a new function, in so far as this equipment is not a tool”

Definition of safety components according to directive 2006/42/EC

The safety components according to 2006/42 are: “a component which serves to fulfil a safety function”

Definition of lifting accessories according to directive 2006/42/EC

In the text of the directive they are identified as “component or equipment not attached to the lifting machinery, allowing the load to be held, which is placed between the machinery and the load or on the load itself, or which is intended to constitute an integral part of the load and which is independently placed on the market; slings and their components are also regarded as lifting accessories”

Definition of chains, ropes and belts according to directive 2006/42/EC

The standard defines them as “chains, ropes and webbing designed and constructed for lifting purposes as part of lifting machinery or lifting accessories”

They are described, in the quoted text, as “removable component for transmitting power between self-propelled machinery or a tractor and another machine by joining them at the first fixed bearing”

Obligations of the manufacturer and requirements of the machines 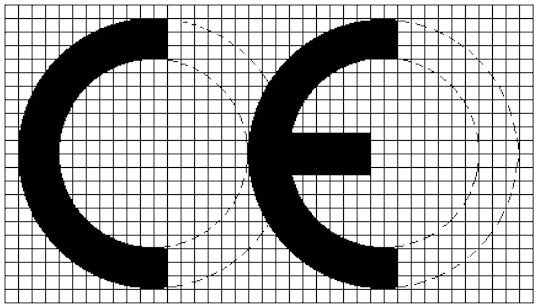 After analyzing the products covered by the machinery directive, the time has come to focus on annex 1 which specifies the manufacturer’s obligations and the safety requirements (RESS) that the machines must satisfy in order to be marketed and used within the European Community. In fact, the directive 2006/42/EC specifies the parameters to be used for the construction of the machines and it is established that the manufacturer has the obligation to accompany the machines with the documentation described in the following paragraphs.

The Annex VII of the Machinery Directive is dedicated to the technical file: the technical file is a document that must include all information necessary to demonstrate that the machine meets all the safety requirements (RESS) present in Annex I.

The technical file must contain:

As required by law “The technical file must be made available to the competent authorities of the Member States for at least 10 years from the date of manufacture of the machine or of the last unit produced in the case of series production. Failure to submit the technical file following a duly motivated request by the competent national authorities may constitute sufficient reason to doubt the compliance of the machine in question with the essential safety and health protection requirements. ”

We will discuss this in the section dedicated to the organs supervision and sanctions.

Instruction manual for use and maintenance according to 2006/42/EC

The manual, together with other sources of information present on the machine (such as signs, signaling devices and man-machine interfaces), provides the user with all the information necessary for using the machine in safe conditions. As required in point 1.7.4 of Annex I (Essential Health and Safety Requirements) of the Machinery Directive, it must be translated into the official Community language of the Member State in which the machine is placed on the market or put into service and must contain at least the following information: 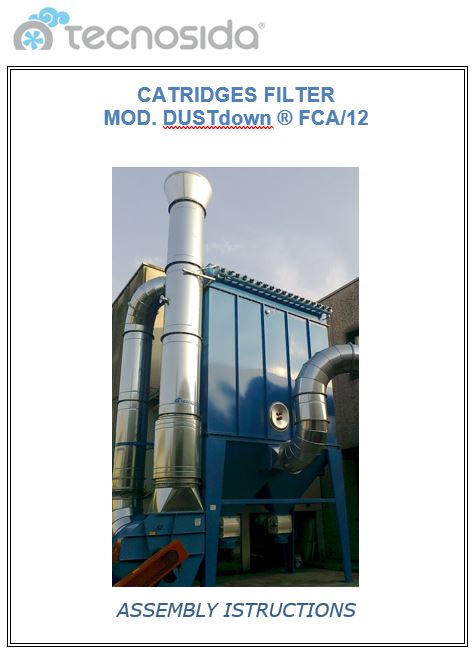 The instructions play a fundamental role in safeguarding the health of the operators and for this reason they must be drawn up before the machine is placed on the market and/or put into service. As required by the machinery directive, the manufacturer/distributor must ensure that the end user receives these instructions. Given the importance of the information for use, their preparation is regulated by various rules which over the years have complemented the provisions in point 1.7.4 of Annex I of the machinery directive. Among them we find: 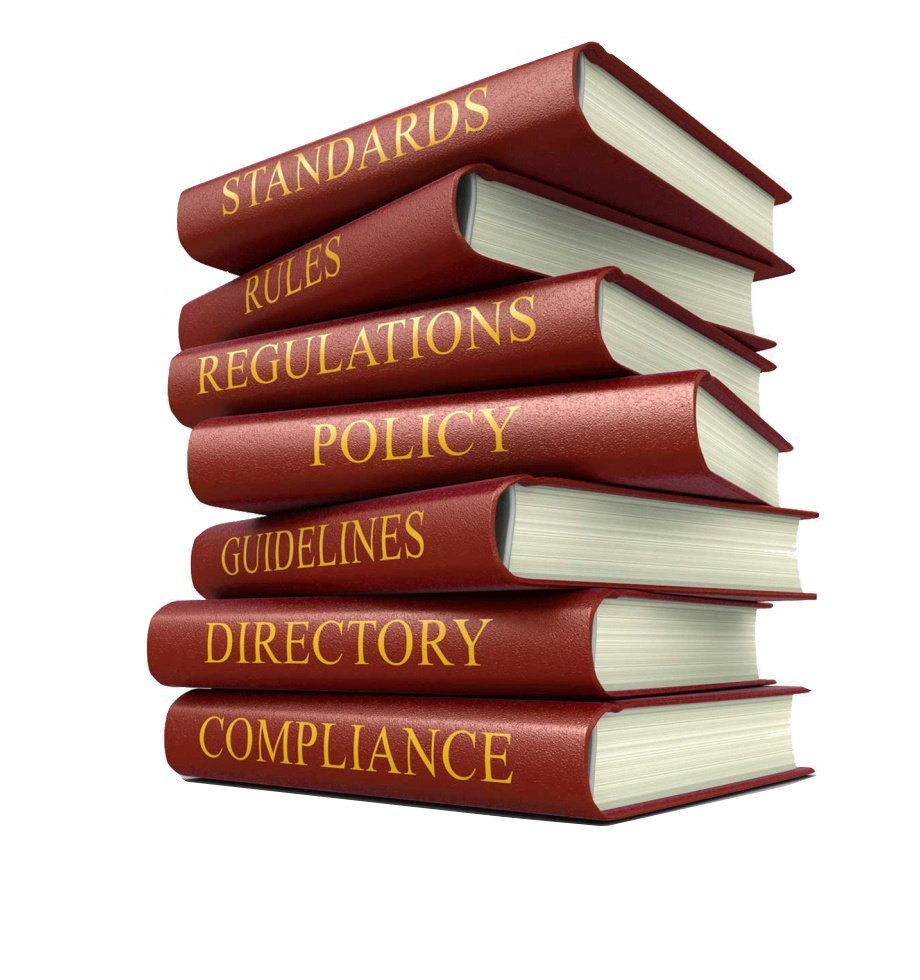 What is a declaration of conformity according to 2006/42/EC ?

The declaration of conformity is the act whereby the manufacturer declares, under his own personal responsibility, that the product complies with the essential safety requirements of Directive 2006/42/EC. 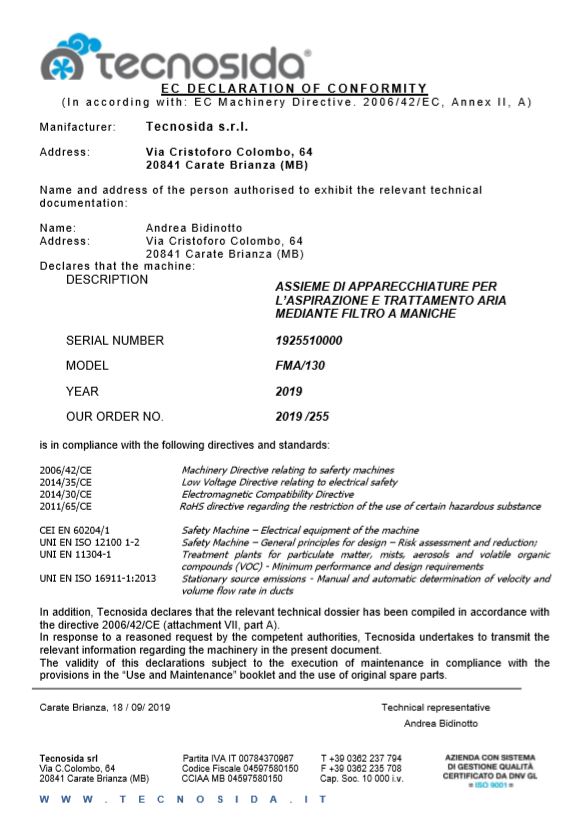 The Directive requires that the drafting of the declaration of compliance should be performed by a notified body only if the machine falls between the categories present in Annex IV (such as, for example, some types of saws or presses). In this case we speak of an EC type examination, or the procedure according to which a notified body verifies and certifies that a representative model of a machine in Annex IV meets the requirements of Directive 2006/42/EC. For all other machines, a self-certification is sufficient with which the manufacturer declares their compliance with the requirements of the Directive and any additional legislation that may be applicable to it.

The CE marking is affixed to machinery deemed to comply with the Machinery Directive and with it the manufacturer/distributor assumes responsibility for the product, allowing access to the market and free movement. This system allows the competent authorities to identify non-compliant products. 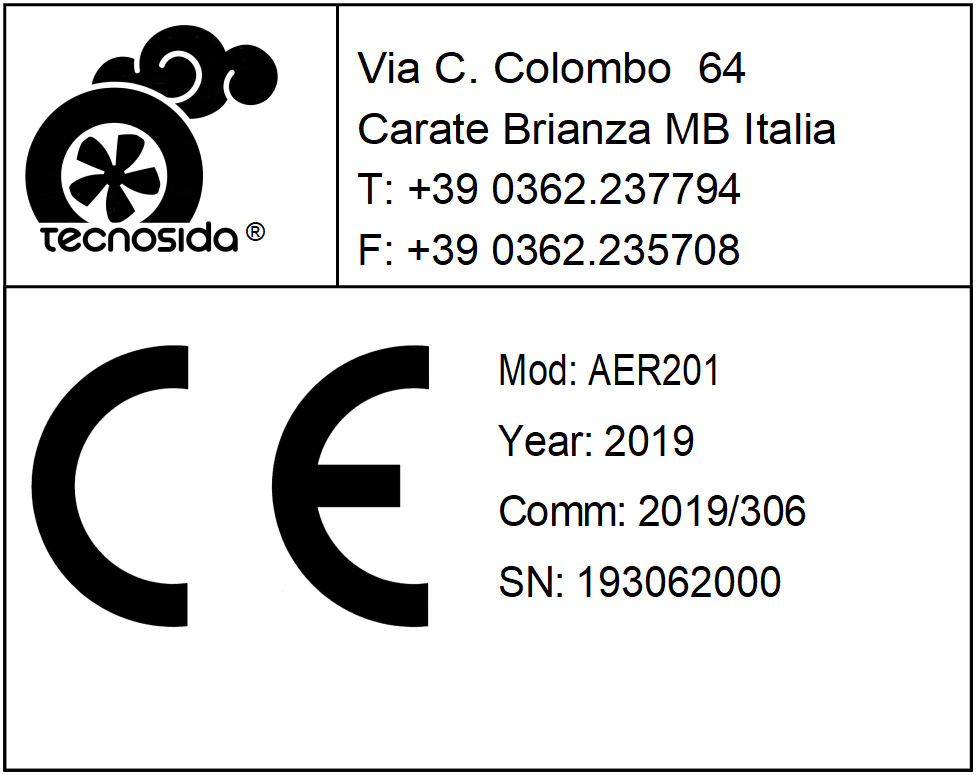 As established by the directive in Annex 1, each machine must bear the following information in a “visible, legible and indelible” manner: company name and address of the manufacturer, CE marking, designation of the machine and series or type, year of construction. In the event that the machine is intended for use in a potentially explosive area, it must bear: Brand Ex, group to which the dangerous substance being considered belongs, category of the environment in which the equipment is located (M1, M2 for mines or 1,2,3 in environments other than mines) and the type of dangerous pollutant found in the environment (G = gas, D = dust). Annex 1 of the directive also establishes that the method of applying the marking must be permanent as well as the connection to the machine (welding, riveting or gluing).

It is therefore usually printed on a metal or adhesive plate which is applied to the machine and which contains the information relating to the manufacturer, the machine and the CE mark. The latter must then respect the proportions set out in Annex III of the directive. For more details on this, please keep the machinery directive as a reference.

After analyzing the directive 2006/42/EC and the obligations of the machine manufacturer, we conclude this legislative study with a brief mention of the control activities aimed at verifying the conformity of the documentation and the machines with the directive. The checks are carried out by the Supervisory Bodies (ASL, ARPA, provincial labor departments…) during periodic inspections or following accident reports and, in the event that deficiencies emerge of the essential safety requirements of a machine, a report must be made to the Ministry of Economy. The report is taken into consideration by the Inter-ministerial Committee which entrusts the technical assessment to the GLAT (Technical Assessments Working Group) which verifies it taking into account the opinion of the technician in charge of the assessments, the existing technical documentation and the opinions expressed in similar cases. 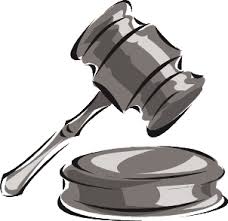 If the report is deemed irrelevant or incomplete, the MSE (Ministry of Economic Development) requests further checks from the territorial supervisory bodies that had submitted it. On the other hand, when the report is considered valid, a registered letter is sent to the manufacturer asking them what steps it intends to take to resolve the problem and the complete list of machines placed on the market. In cases where this procedure is not sufficient, checks are carried out at the manufacturer and the machine’s Technical File is examined. If after the investigation, it is confirmed that the machine does not comply with the RES (Essential Safety Requirements), the manufacturer must take the necessary measures and update the list of machines in circulation to allow their possible withdrawal in case of confirmed danger. Manufacturers and stakeholders affected by the Machinery Directive are then subject to administrative and pecuniary sanctions established by Legislative Decree 81/2008.

Don’t miss our updates! Sign up to our newsletter!

Continue with Facebook Continue with Google
We use cookies to make sure you can have the best experience on our site. If you continue to use this site we will assume that you are happy with it. Cookie preferences Ok Cookie Policy